The short film that plays in one of the only remaining “rooms” in Bodiam Castle is worth watching, if only because Sir Edward Dalyngrigge’s wife, Elizabeth Wardedieu, was part of the reason he could afford to build such a perfect medieval castle. She was rich. And he had gained a good deal of power and favor with King Richard II, which is how he gained a license to crenellate (build a castle). He could have simply crenellated his moated manor house, but instead built one from scratch. 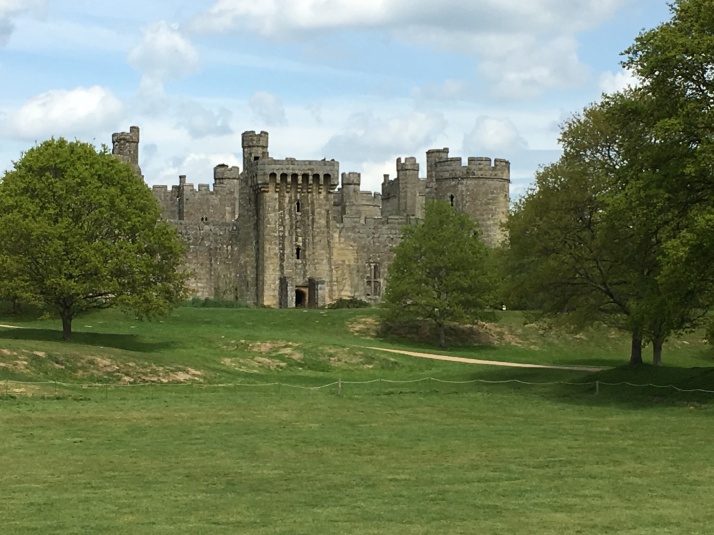 This castle may look intact—it has the four round towers on the corners and the square towers in the middle of each wall—but it’s made of sandstone, so until it was put into the National Trust, it was crumbling.

When you cross the moat and enter, you quickly realize this is a ruin. It’s also a nursery for bats. 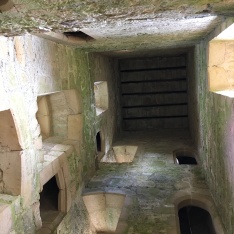 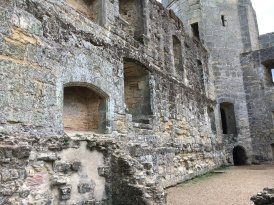 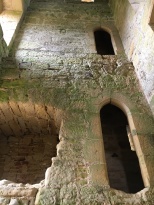 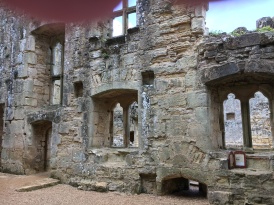 The well is still there, although you wouldn’t want to drink from it. 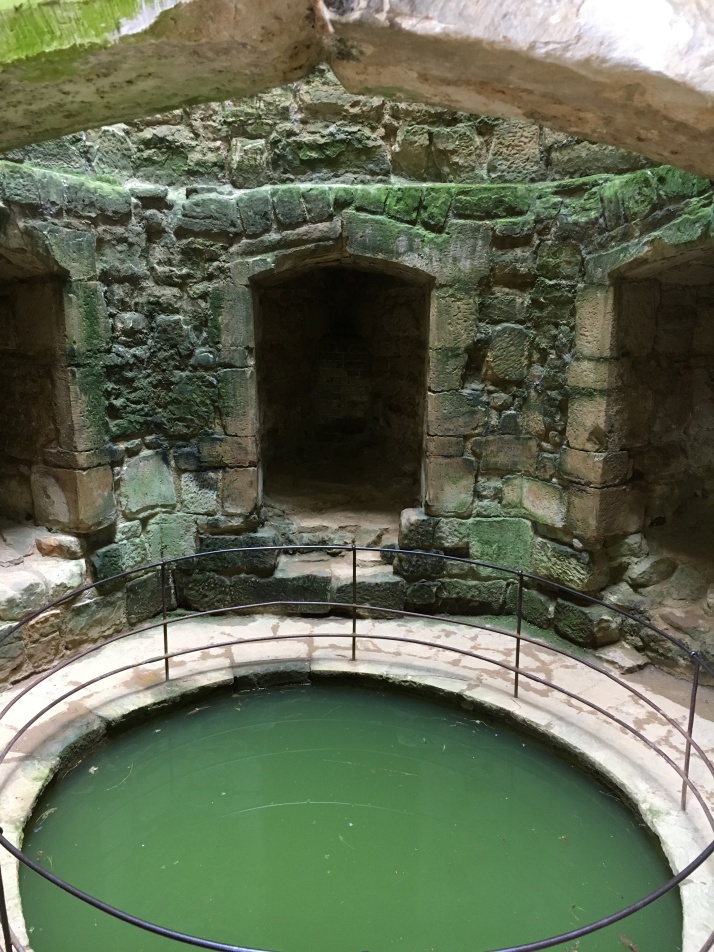 The best view from the top of the castle is at the top of the south tower. The one that requires you to climb 56 high steps in a tight spiral. We opted for one of the north tower views.

Those keyhole windows you may have imagined were in all castles finally showed up in this one. As did the killer ceiling just beyond the porticullus. Those holes allow rocks and boiling oil to rain down on any intruders who might have made it over the deep moat and past the well-guarded barbican. None did, though, as this castle never actually had to defend itself.