Like many castle towns, Dunster in Somerset lies below its namesake, its thin, winding streets lined with shops and homes. With its own car park—National Trust sites are good in that regard—Dunster is easy to access once you get past that steep climb. Once you do, though, you’re in another era. Despite its initial age, this castle and its surrounding gardens is now a Victorian country house. It was home to the Luttrell family for 600 years.

Some things remain of an earlier era, like the 13th century gateway, and the ruined curtain wall (the English Civil War saw most of it demolished). Others have been rebuilt, like the octagonal towers. 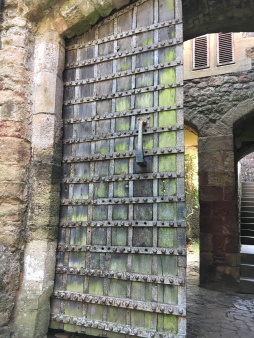 Others remind you this castle has been remodeled.

The house is open to the public, and given it’s completely furnished, it’s worth the tour. 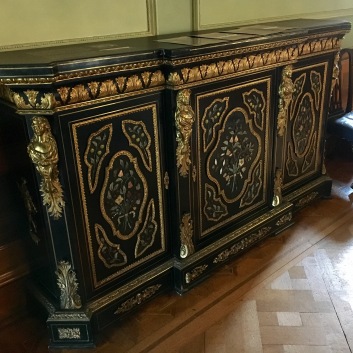 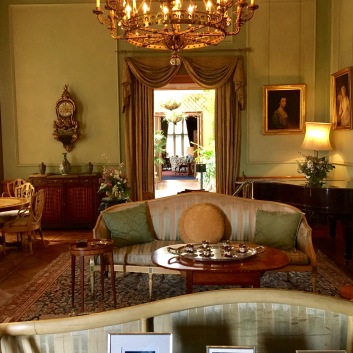 You’ll find some more modern furnishings, as this house was occupied by its last owners until 1997. The library is especially impressive. 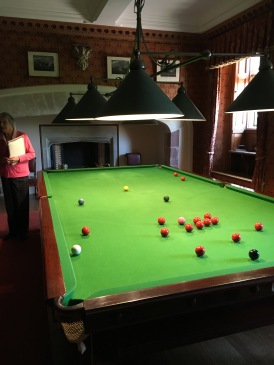 On the outside, you’ll find well-tended gardens, and flowers everywhere. And if you look to the opposite hillside, you’ll see the folly. We were told it’s simply a hollow tube, and since we didn’t go up there to see for ourselves, we’ll take their word for it. 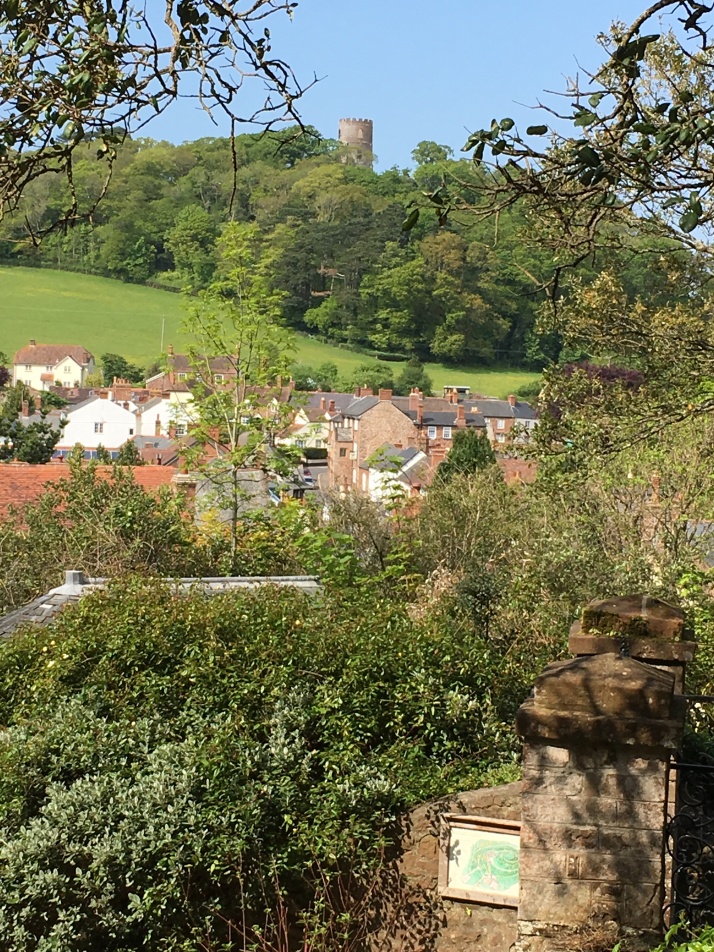 We left Dunster about four o’clock for our trek to Bath. We’ll have a two-night stay in the town the Romans built. Ta ta for now!