When we took our leave of London in a hired car (a Skoda Octavia) from Hertz, it was about 11:30 this morning. Well, we didn’t exactly leave London, at least, not for another forty-five minutes. That’s how long it took to drive the six miles it took to get out of the city and on our way south. We shudder to think of how much longer it might have taken if it wasn’t a Sunday! 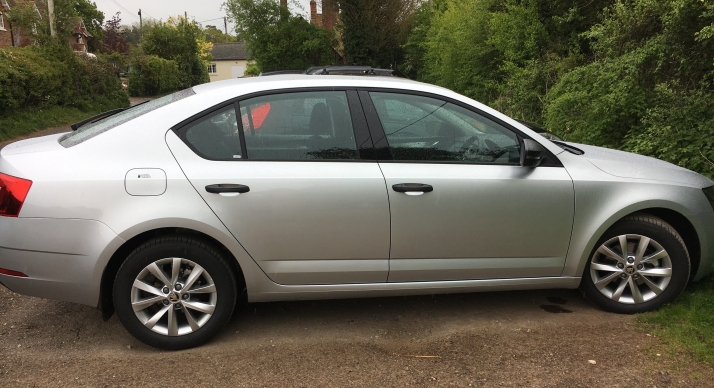 Driving on the other side of the road isn’t so difficult—you can usually just follow someone—it’s those skinny two-lane roads and one-car-wide roads that provide the real challenge. Those are the roads we took as we visited Horsham, Shipley, and Kirdford in West Sussex.

Those of you familiar with our book, TUESDAY NIGHTS, will recognize Horsham. The Cunninghams live there when not in London. Shipley is the home to the Waterfords, and it’s the youngest daughter, Olivia, who Michael Cunningham decides he will one marry day after he rescues her from a would-be rake in the Ship’s yard. Although the Ship, a tavern and possible inn, no longer exists, bits of the nearby medieval Knepp Castle do. 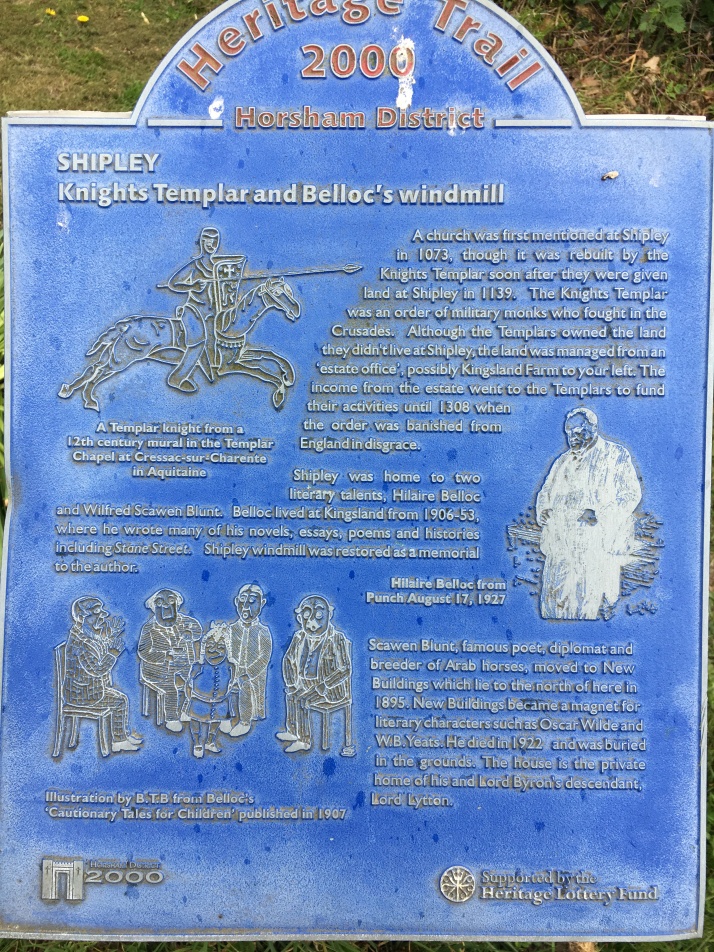 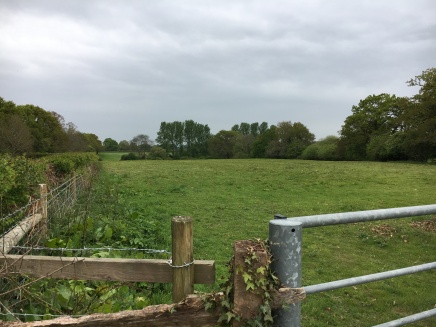 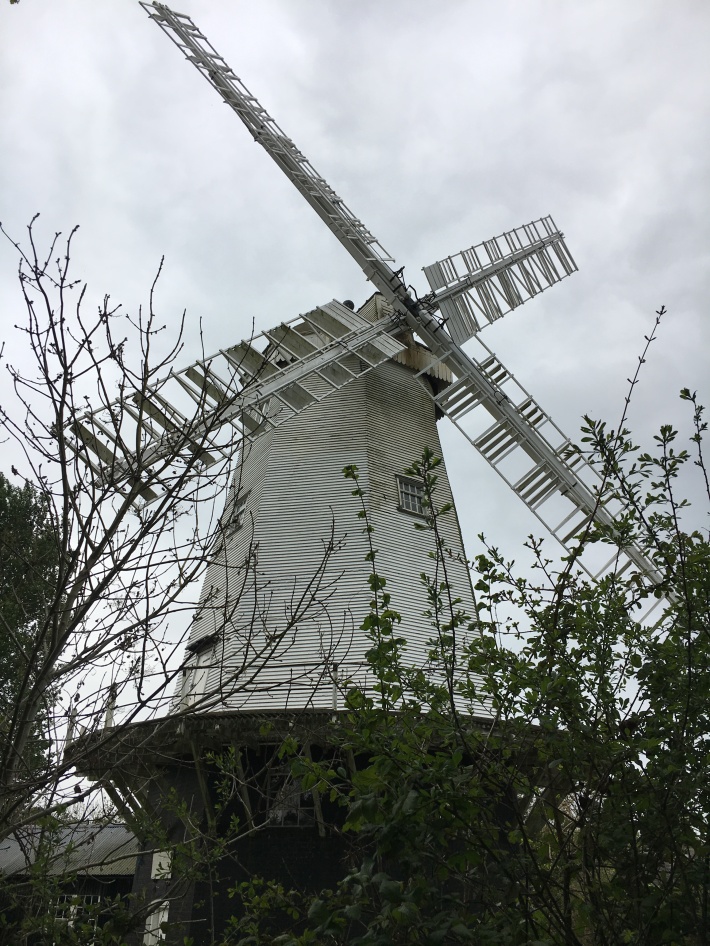 The local church, St. Mary’s, is surrounded by gravestones while an old phone box sits nearby. The brick structure is indicative of the churches that can found in most small villages. 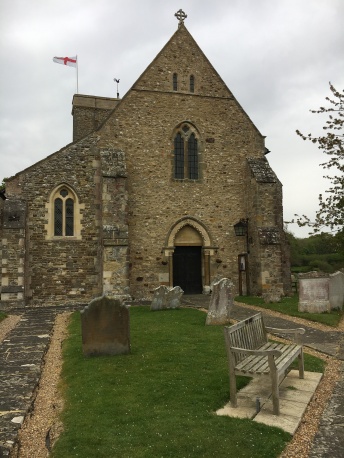 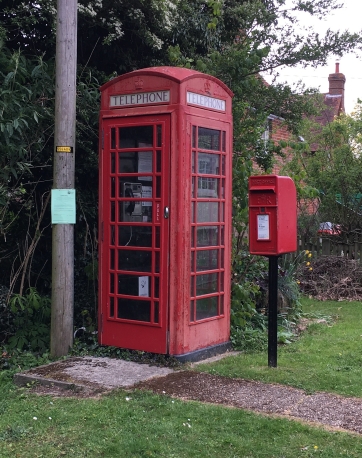 The brown gravestone on the left side of the picture marks the final resting place of a distant relative. There are probably many more in the church yard—there are 120 people buried there—but most of the stones are unreadable. 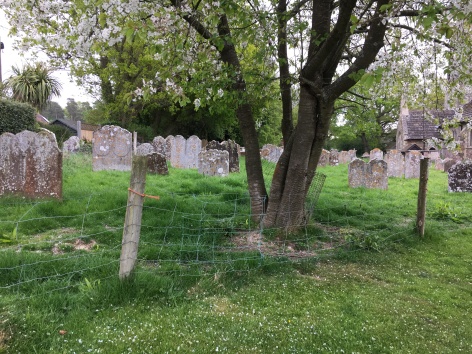 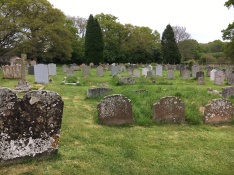 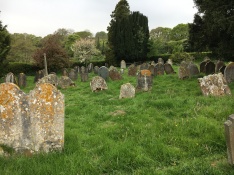 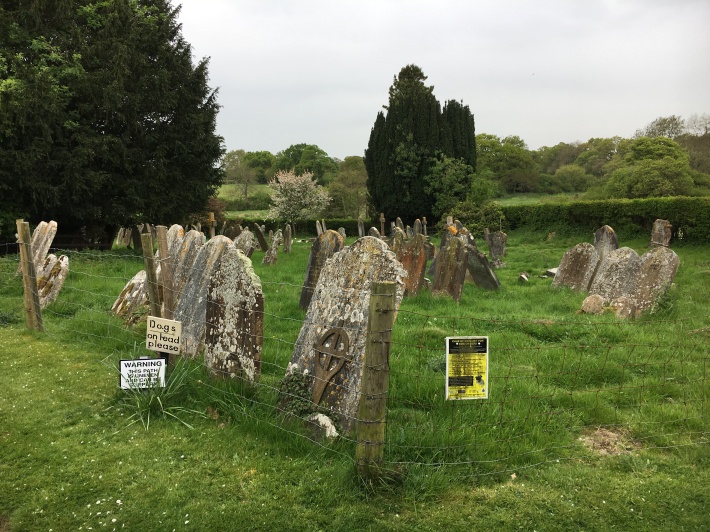 Kirdford, another nearby village, was featured in THE GRACE of a DUKE, and the public house mentioned in the book is still there. The Forester’s Arms is undergoing some exterior renovations, but it’s still open for business—two-hundred years later! The place was packed for a darts tournament when we stopped by for a pint. 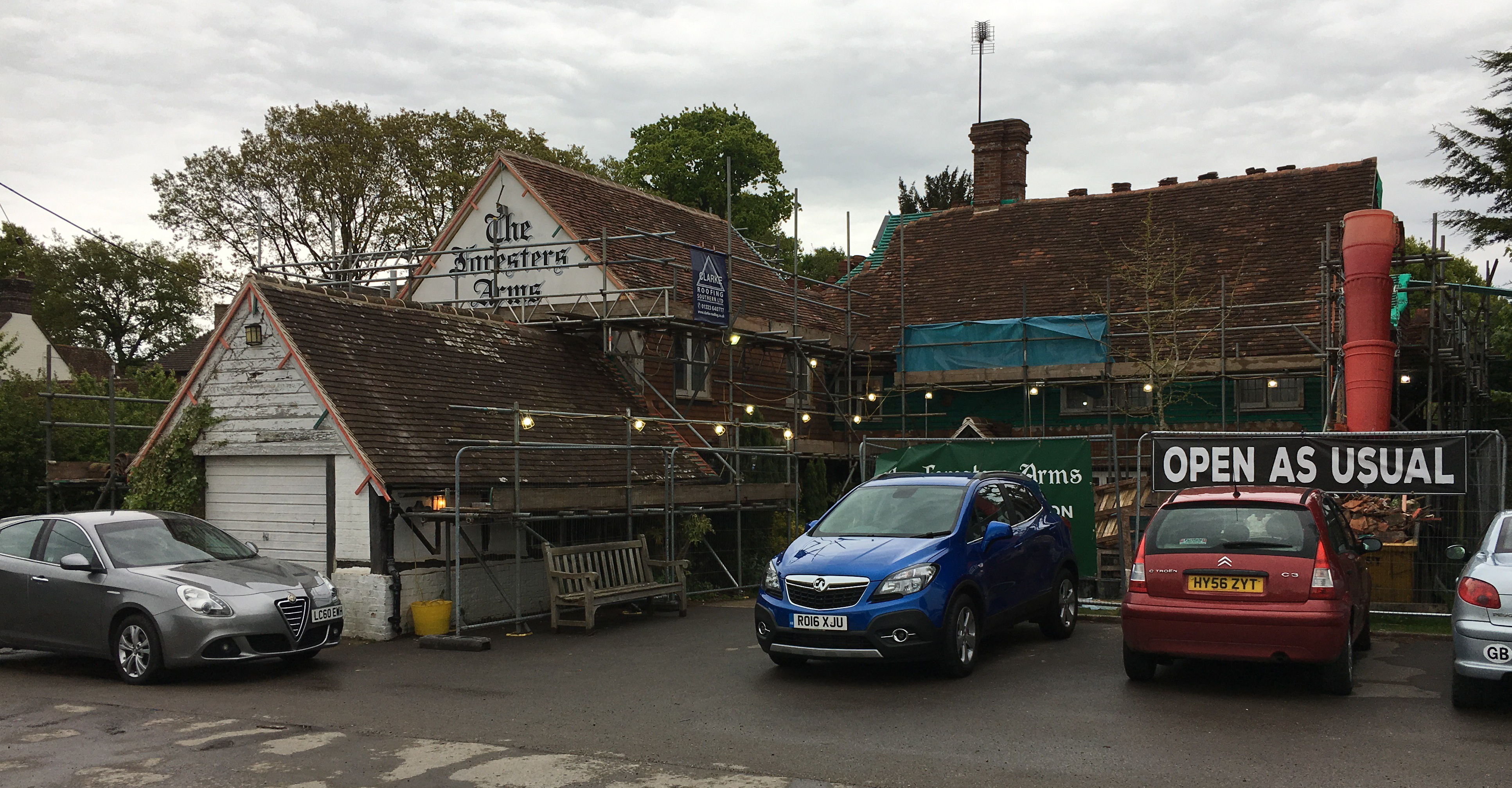 Hedgerows, trees, and wide-open fields dotted with sheep make up the landscape, a truly idyllic setting for a Regency-era novel. Or two or three. 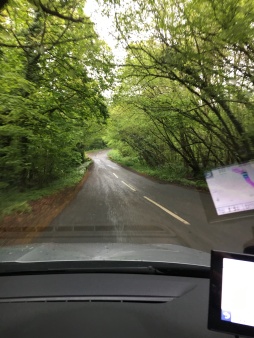 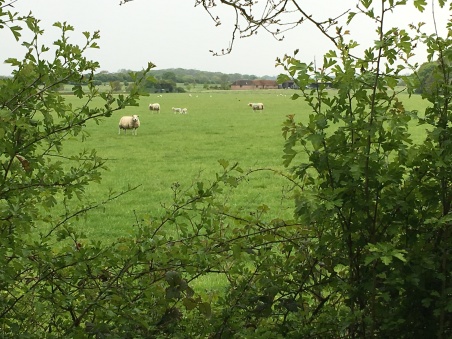 Next stop—Brighton. Ta-ta for now.

2 thoughts on “London to Brighton by Way of Quaint”