We’ve been on our trip to England for a week now, and although we’ve covered a lot of ground and visited a number of attractions, it’s time to step it up a bit. Like yesterday, we managed three places today. If there hadn’t been a wreck on the A27 preventing our timely return to Brighton (two hours were lost), we might have done one more.

First stop: Hertsmonceux Castle in East Sussex. From 1957 to 1988, the grounds were home to the Royal Observatory, but now it’s the Observatory Science Center. Obviously a popular place to bring students (there were four buses in car park, and you could hear the children from the car park), we decided not to pursue a visit.

The brick-built castle is just beyond the observatory and is now owned by the Canadians. Queen’s University runs its International Studies program here, and the students board in the castle. Although tours are available at limited times, we elected to tour only the gardens and grounds. 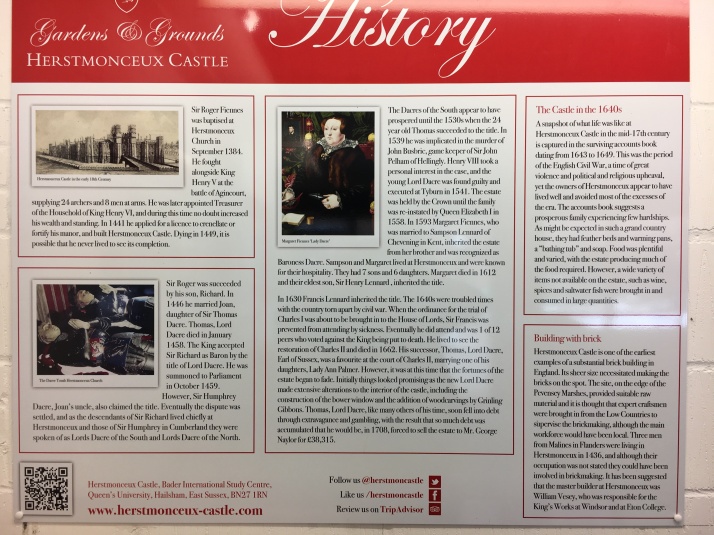 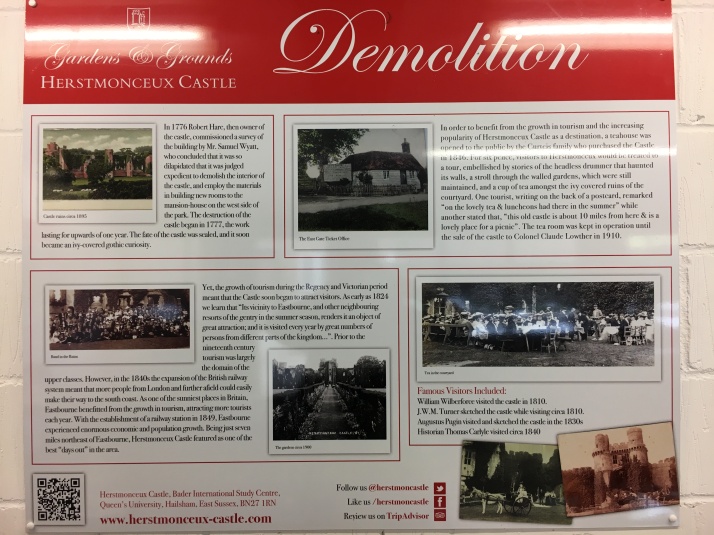 We spent nearly an hour walking the grounds and touring the gardens. Another few weeks, and the colors would have been more varied in the Elizabethan Garden. Other gardens include a butterfly garden, Shakespeare Garden, and a Zimbabwe sculpture garden. 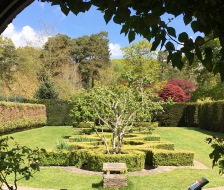 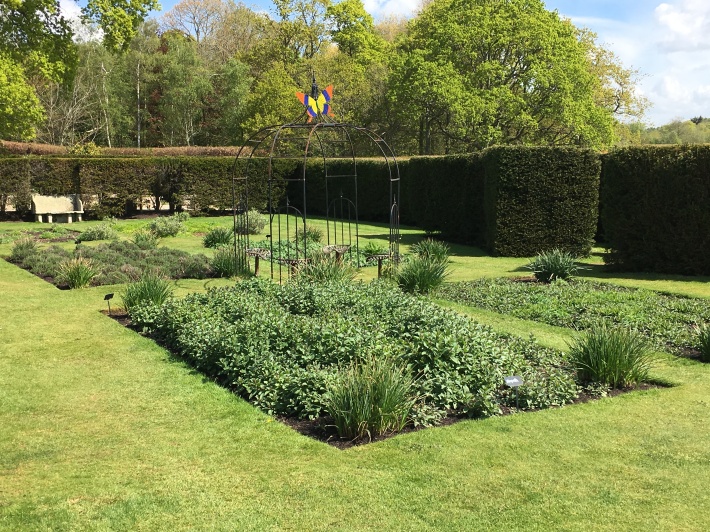 The site features a huge sun dial, rows of hedgerows, chestnut trees, a lake and folly, and an extensive woodland park. It would have been easy to get lost in the azalea bushes. 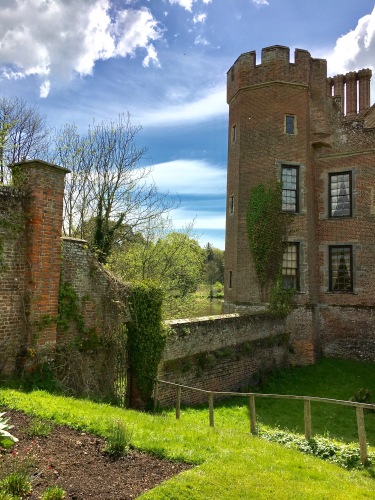 As with most castles, there is a tea room and a visitor center. Spectacular surroundings and a beautifully maintain structure make this property a must-see if you’re ever in East Sussex!

Next up: Bodiam Castle. Ta-ta for now!