At the halfway point of our trip, we spent the most on any of the attractions we’ve visited so far and paid a visit to Blenheim Palace. With an extensive interior available to the public as well as impressive water terraces, cascades, a lake and a pleasure garde, it was well worth price of admission. And photography is allowed!

Blenheim is named for the location of a battle in France, a battle won by John Churchill. Queen Anne was so thankful, she gave him a dukedom, Marlborough, and the grounds on which a palace could be erected near Woodstock, about twenty miles north of Oxford. Construction would take more than thirty years—John didn’t see its completion, although his wife, Sarah Jennings, did. She was the one overseeing the building (and complaining and questioning every step of it and every bill—she thought it a huge waste of funds). Here’s the gate just to get into the courtyard.

The main entry into the “house” is past the courtyard and currently undergoing some construction. Along the way, Roman statues are mounted atop the walls and set into niches. 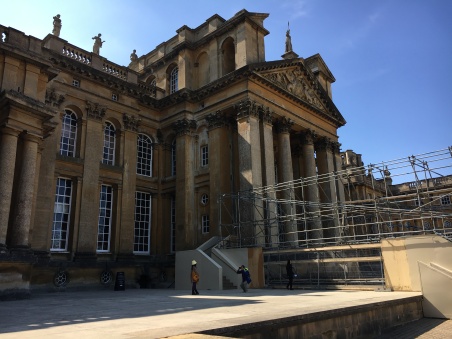 Inside, the walls are hung with portraits of all twelve of the dukes and duchesses of Marlborough as well as other aristocrats and Queen Anne. Tapestries created to depict John’s victories in battle cover the walls in several drawings rooms. As in any home this grand, you’ll want to look up! 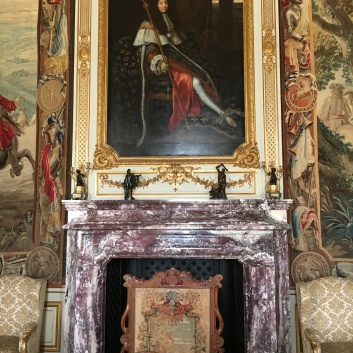 The number of marble busts scattered about is impressive. Some are of the Marlboroughs, but most are Roman emperors. Statues of gods such as Flora and Bacchus, and an imposing Queen Anne, are everywhere. 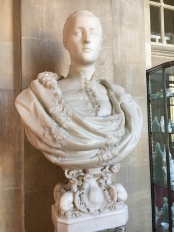 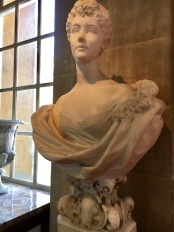 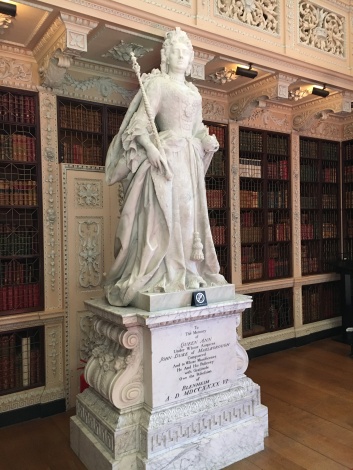 Probably the most impressive room on display is the library, which seems to run the length of one end of the palace. Besides the rows and rows of books, there are details here that require a bit of study. 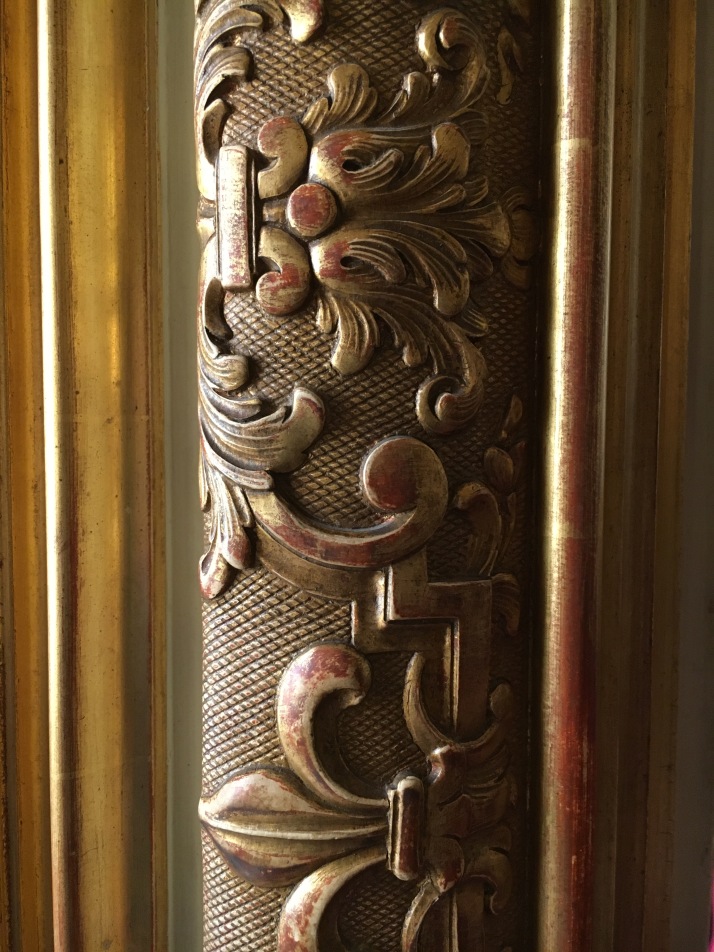 At one end of the library is a massive pipe organ! (The chapel is on the other side.)

The home is filled with beautiful furnishings, exquisite china, and display cases filled with lead toy soldiers, accoutrements, seals and more. There’s a model of the palace done with matchsticks whole another is actually a cake. 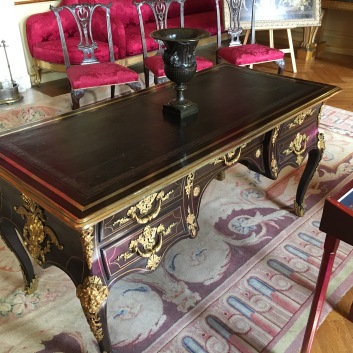 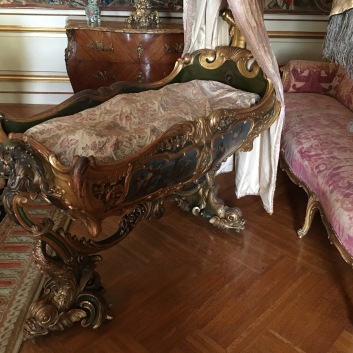 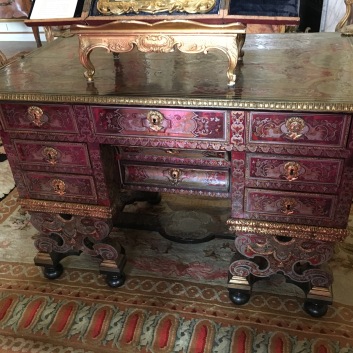 When we ventured outside, we found water terraces surrounded by statuary. 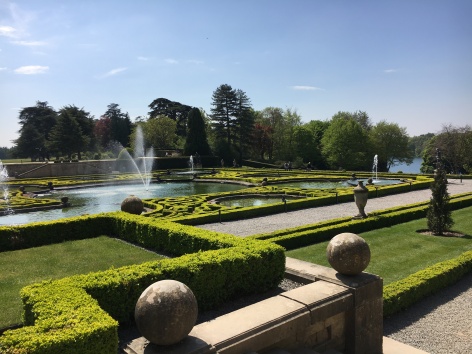 There is a long lake with cascades at one end, and the walk there takes you by the Winston Churchill Memorial Gardens. 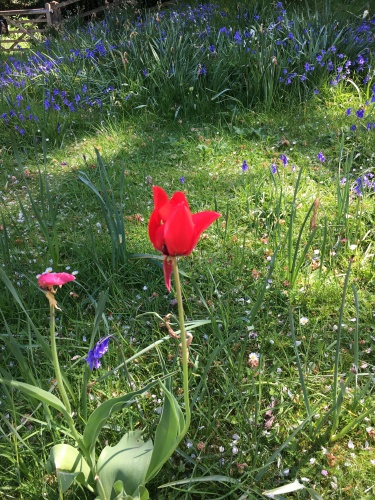 Although we spent nearly three hours on the property—we took the walk to the cascades—you could probably do the tours in two. On a day like today, it was worth taking the extra time to enjoy the fabulous weather and an impressive palace.