Oxford is a town meant for cyclists and walkers, students and academics. As in most historic English towns, parking can only be had at a premium. We had an hour in our spot (£3) and the popular hop-on, hop-off tour offered an hour tour that included  audio and a pair of earbuds. We hopped on and off we went on the top of a double-decker bus.

Note: Free walking tours of the city are available at 15-16 Broad Street (the information center); however, having spent most of our day traveling and touring Blenheim, we arrived in town too late for today’s tours.

With an almost dead battery, we weren’t able to take nearly as many pictures as we would have liked. And the tour goes by fast! Here are the photos we were able to take. Note the various styles of architecture. This city has been here since Roman times, and the buildings reflect it. In one stretch of street, there are buildings that are medieval through modern. 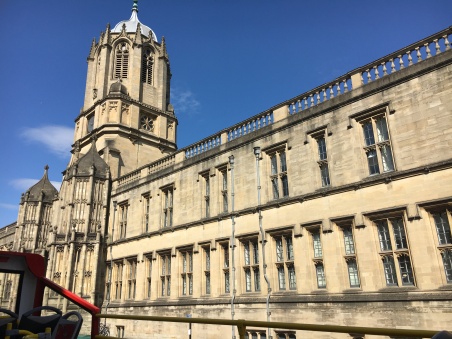 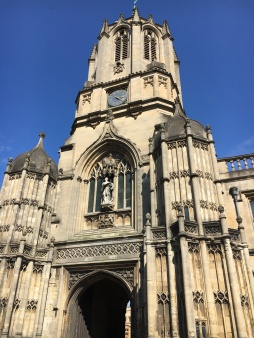 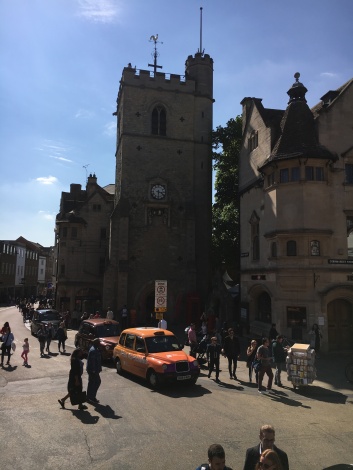 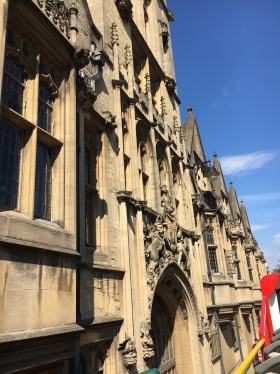 We did our own driving tour around the city after the tour, mostly because we missed an exit on a roundabout. But we didn’t mind. On a Sunday afternoon after four o’clock, most people are indoors having tea or watching cricket.

Next up: We’ll head north to Derbyshire, but we have stops to make along the way. Think My Fair Groom and The Desire of a Lady. Ta-ta for now!