After an “English Breakfast” at my hotel, we grabbed our Oyster card and headed to the nearest tube station.  If you’ve ever ridden any kind of public transport, you’re already familiar with how the tube works. We just weren’t prepared for all the options. The network of tubes below London is immense, and operates on several levels, making for some interesting trip choices. We managed to make it to the Tower Hill Station on the first try.

Armed with a ticket arranged by our tour operator, Across the Pond Vacations, LLC, we made our way into the entrance of the Tower just past its nine o’clock opening.

We opted to do the wall and upper walks first, a tour that takes you up into the towers and atop the connecting walls. There isn’t much to see in the towers as very little of the furnishings or effects remain, but you occasionally come across a treasure. 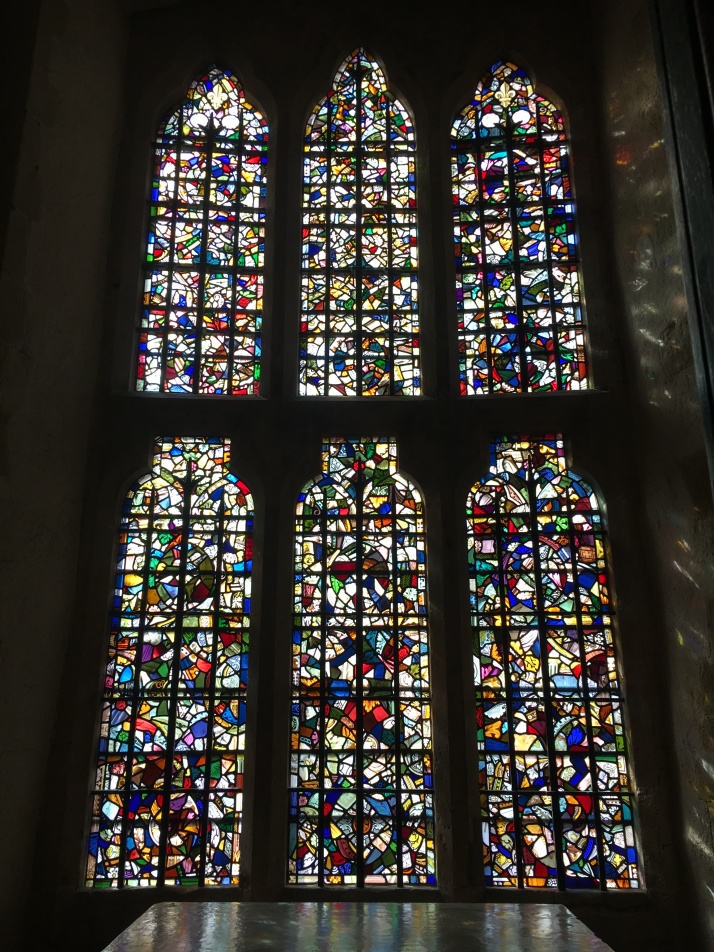 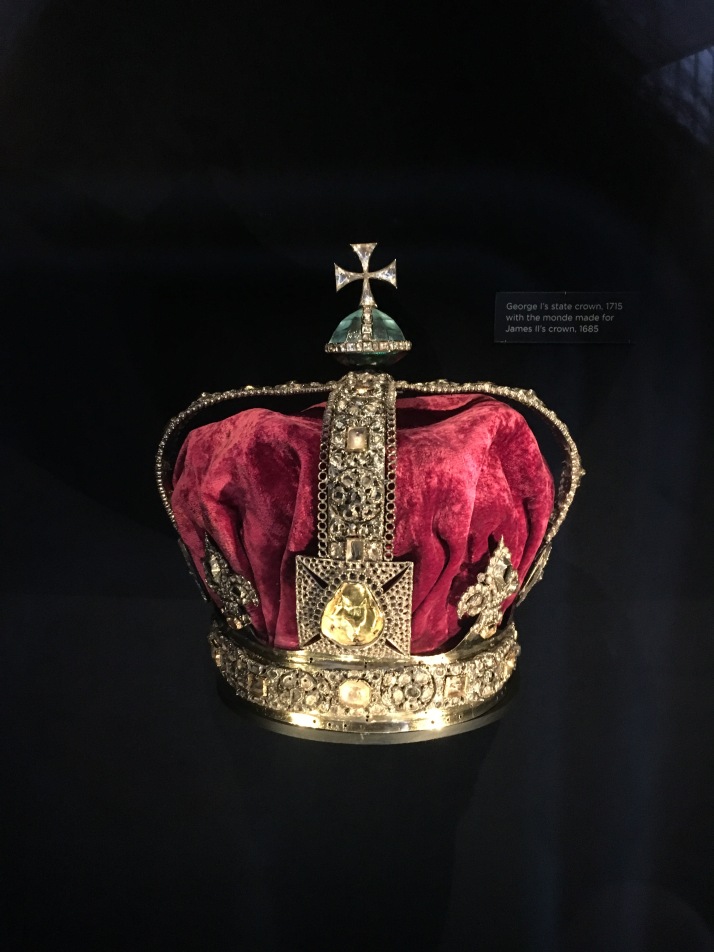 Besides the crowns not featured in the “Crowned Jewels” display (where no photos were allowed), there are some coins, seals, armaments, artillery and evidence of the forbearer to backgammon, a game called Tables.

Ravens still guard the battlements and are apparently rather ornery. 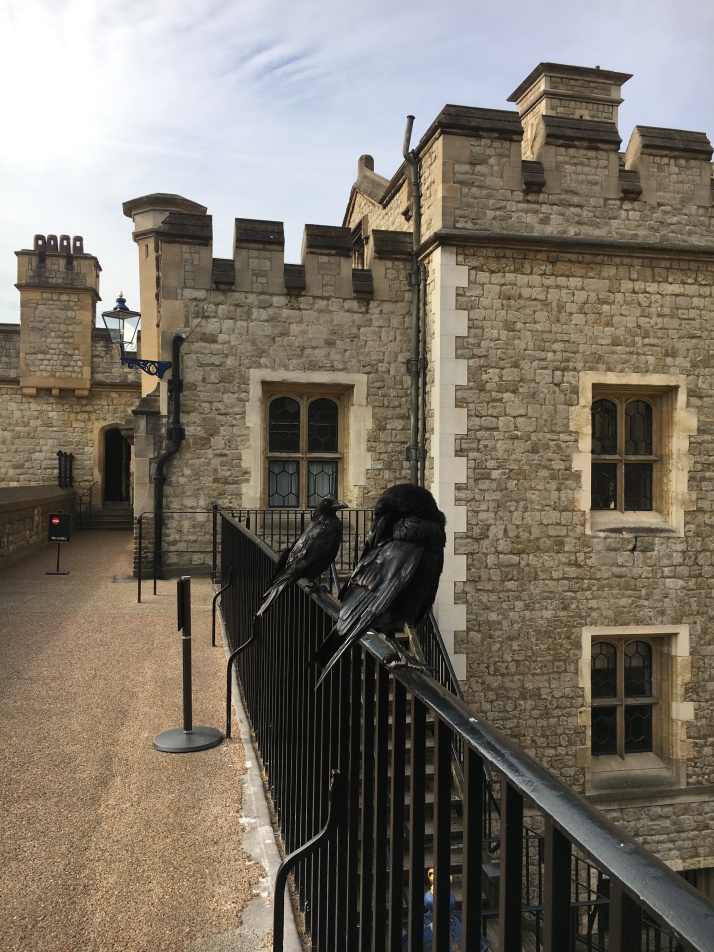 The White Tower holds the armory, including all manner of weaponry and armor. There are also 204 stairs. 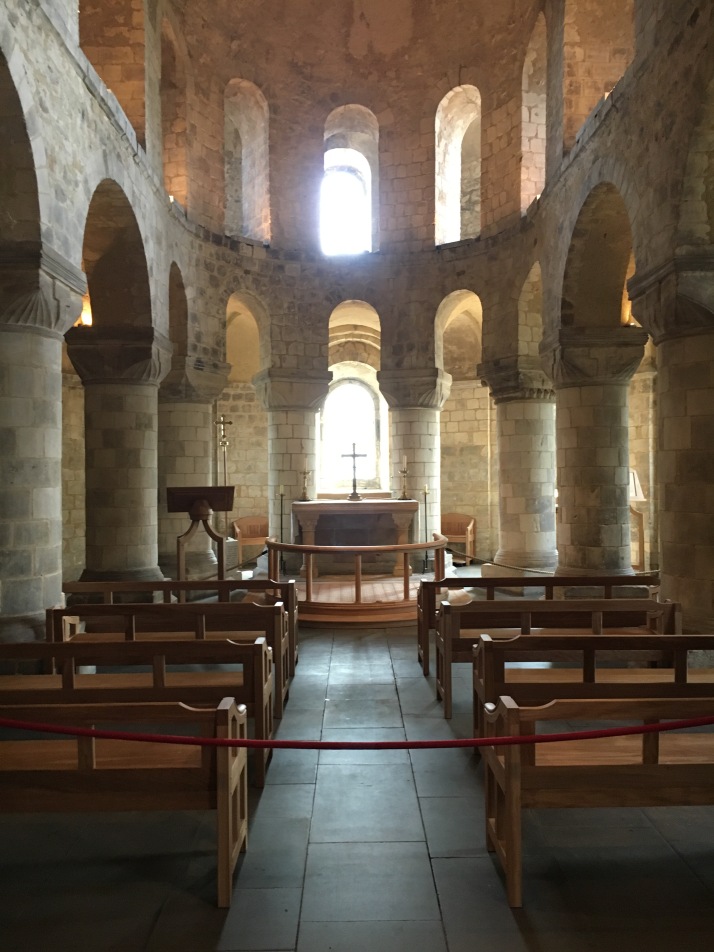 The chapel is in one of the turret towers, and since the Tower of London is made up of lots of towers, they come in various shapes.

Despite the growing gloom—the sky was cloudless when we started but was threatening rain as we took our leave—there were spots of color throughout.

We headed for the tube station for our next stop, but made sure to walk along the Thames. Tower Bridge is a sharp contrast to the newer buildings that line the river. We’ll be in one of those later tonight for dinner. Ta ta for now!